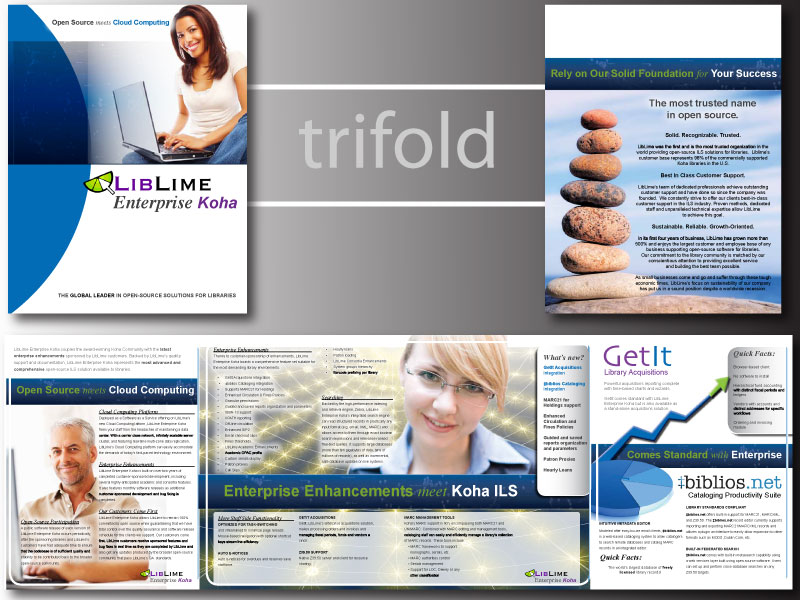 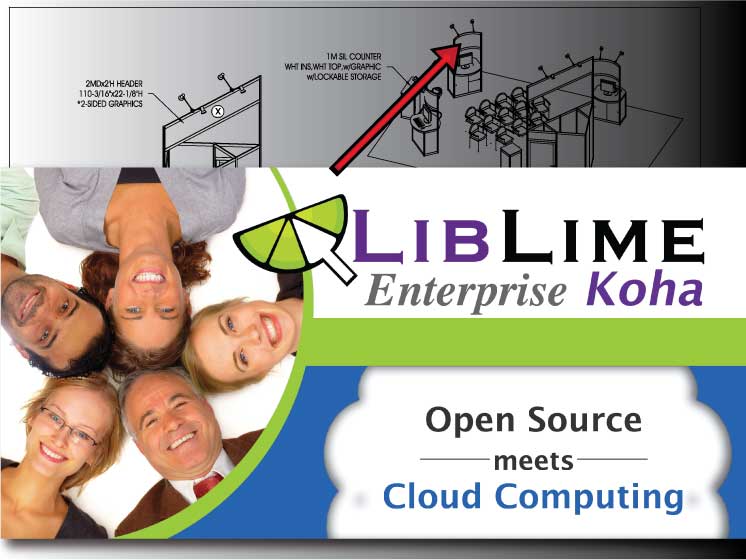 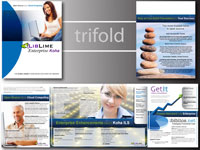 The Client, a provider of library automation solutions, is launching a new version of their
capstone software product. Marketing of earlier versions of the software were targeted to early adopters. New product branding is now needed to help the Client appeal to the majority market.

The new software version is called ‘Enterprise Koha’ replacing the previous product name ‘Koha Zoom’ in order to emphasize the stability of the software.

Marketing of earlier versions of the software were targeted to early adopters. Early adopters are customers that see themselves more as rebels and risk-takers and are willing to take risks on new companies and new products. They are more interested in the features of a software product than the stability and credentials of the company. The Client has been successful in appealing to this market.

Color Palette
The new product branding employs a new blue color palette
designed to appeal to more conservative customers and to
emphasize the stability of the company. A shade of the
green used in promotional materials historically is used as
an accent color in the new promotion to provide visual
continuity between the old and new software versions.

De-emphasized are former messages highlighting the Client’s unique business model and the product’s basic feature set, which are messages counter-productive in appealing to the majority market.

The new color palette and new content are seamlessly incorporated into a wide range of marketing materials. The product branding efforts successfully move the Client from the Early Adopter to Early Majority market. This successful transition to the Majority market becomes a major factor in creating company value and influencing the successful negotiation of the future sale of the company.